With a fresh blanket of April snow (yes, you read that right... we just got dumped on with another round of heavy, wet snow up here in the Upper Midwest), it makes perfect sense to turn our attention to our area’s largest annual outdoor event: the Fargo Marathon.

Swanson Health Products is once again the headline sponsor of the Swanson Health Products Health & Fitness Expo at the Fargo Marathon, now in its sixth year! We’re gearing up for another two-day expo, hosting a booth full of free giveaways, a mini health food store and even a special celebrity guest appearance by Dick Beardsley, who will be on hand Thursday and Friday, May 16th & 17th, for a meet and greet and autograph signing.

As we’re counting down the weeks until the big run, we decided to highlight Team Swanson runners and their training efforts as they get ready to run. We have a team of four running the relay, as well as a few brave individuals who signed up to run the half marathon and full marathon races. Each week from now until race day, we’ll bring you an update on their training, as well as maybe a few questions and frustrations they have... so please provide any tips and feedback you can to show your support!

Overall, last week my training went well. Due to an upcoming move, all of my cold weather running gear is in storage, so all my running continues to be done indoors on a treadmill. My long run for the week was 8 miles, and luckily I was able to watch the Master’s golf coverage to give me something else to focus on. My training plan calls for a speed workout this next week, which I love to do normally on a track, but with our weather (snow and cold) I will be doing it on a treadmill. My highlight of last week was definitely receiving my new shoes I had been waiting for; it’s like running on clouds now!

Nathan’s question of the week: I would like to know what healthy options people use as a post-run replenishment snack. 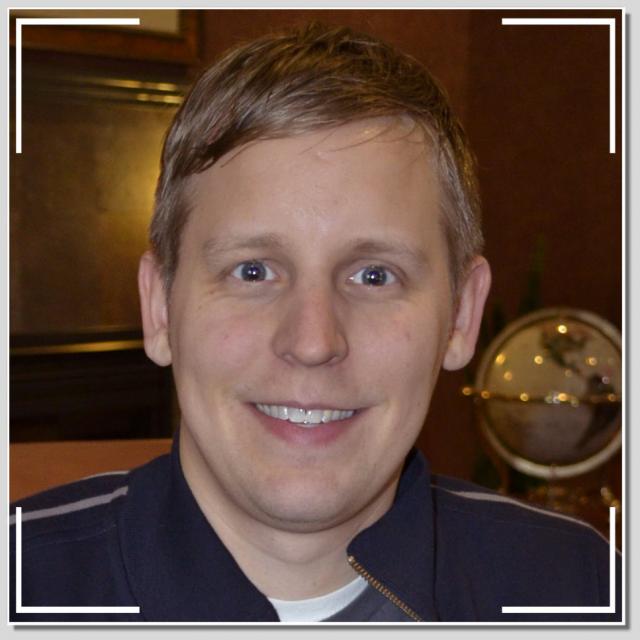 I’ve been training for about 15 weeks now, while sticking to a fairly regimented diet...which I’ll cover down below. My training consists of four runs a week for a total of about 19 to 20 miles – Monday (3.5 miles), Wednesday (4.5 miles), Thursday (3.5 miles), & Saturday (7.5 miles). It’s important to take at least 2 days off per week to allow my joints and muscles to rest. If I feel like my body is getting worn down, I’ll take 3-4 days off to rest up. Staying hydrated is important during the longer runs, so I’ll bring a water bottle with and take drinks at the halfway point and afterwards. I rarely stretch before my runs because I find it tires my muscles out faster, but I always stretch for 5-10 minutes immediately following any run.

Diet: I start with a smoothie nearly every morning – either peanut butter banana or vegetable berry. I typically take a breakfast break every morning around 10:30 where I eat either a rice cake with almond butter or a cup of granola & soy yogurt. My lunch portions are usually small, so I don’t feel overloaded before my afternoon run. I’m a vegetarian, so my proteins have to come from nuts, legumes & leafy greens. I try to stick with soups or salads. I’ll also have a small afternoon snack about 15-30 minutes prior to my run. I lean towards Kind Bars, carrots & hummus or trail mix. After my run I drink an Orgain protein drink. For dinner, I go for carb-rich dishes & whole grains – quinoa, brown rice, lentils, or whole grain pastas are my most common dinners. Oh, and I drink a lot of water. About 3 liters a day.

I’ve lost 25 pounds in just over 3 months (185 down to 160). I guess one other thing I’d want to add is that it’s ok to treat yourself every now and then. Beer, pizza, chocolate, whatever. Everything is fine in moderation.  Don’t guilt yourself over an occasional diet slip-up, it’s totally fine as long as you’re not breaking the rules every day.

I spent 2 days running this week out of my normal 4. Slow recovery from the weekend before made me cut back a little so I wouldn’t hurt anything. Currently I’ve been running with Achilles tendinitis in my left leg as well as a sprained little toe on my left foot.  Quick 3 miles on Wednesday and then a 10 mile run on Saturday. Training both days were good, not overdone and I felt energized afterwards which is a good sign.

Warmer temps (above 10 degrees) have helped with warming up quicker, and my times have shown much improvement. When the snow leaves and I’m not jumping water puddles I’m sure they will be even better! I’ve been using “The Stick” on my calves and legs since the start of the training and I’ve noticed quite a bit of difference in flexibility during runs and less tightness in the muscles in my calves.

Diet: More veggie-oriented foods and less meat. I’ve taken a gummi-multi every day for training, enjoy some of our protein mixes after the runs and have been hydrating with Nuun/Gu Brew electrolyte tablets during/directly after the runs. Veggie-burgers, gluten free bread, sautéed asparagus, cantaloupe, avocado, tomato, spring salads (no iceberg), organic dressings,  and organic eggs are some of the typical fare in my current diet. 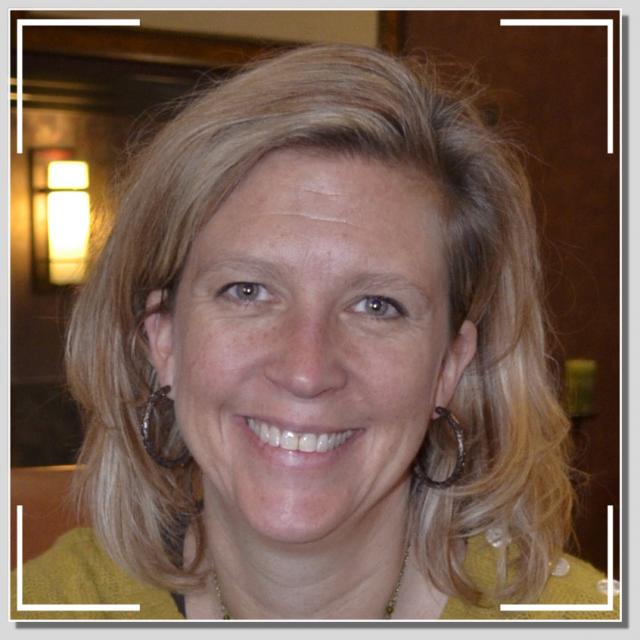 I'm so relieved I'm only doing a leg in the marathon relay instead of the half! The weather is so not cooperating for training outside and I absolutely loathe the treadmill (ugh, the boredom plus the shin splints if I do too many miles).

So last week I was planning on doing at least one 5 mile run, but ended up only doing a couple 3.5 mile runs. Since both runs were on the treadmill, I used interval training as my method to get through them. I did the jogging speed interval for a half mile and then the running interval for a half to three quarters of a mile. I did both my runs in 30 minutes, so I'm happy about my speed.

I'm shooting for just under 9 minute miles for my leg of the relay. So I'm feeling good about where I'm at, but am starting to get a little nervous about getting some longer runs in. Mid-30 degrees is actually a really good temperature for me to run in, so hopefully the snow will melt off the pavement quickly! I've also been doing circuit training three times a week at our gym here at work. It's great for core strengthening—which has made a big difference in my running.

I started running about 6 weeks ago and was up to 3 miles—albeit a slow three miles—without a problem. I play in a local soccer club and managed to mess up my thigh a bit! Now, after some massages, personal training and rest, I’m just starting to get back into running and hoping I’ll be ready May 18th!

I’m running the relay marathon and my leg is 6.5 miles. My plan, once the weather improves, is to run to work and home from work every other day. That way I’ll get in a total of 6 miles and on the weekends I hope to do a straight 6.5 miles! I don’t really train in a regimented style, I kind of run until it doesn’t feel good anymore, then I turn back!

My sisters and brother-in-law are big runners and are far more disciplined than me! Oops! I do personal training sessions with our trainer at Swanson every Tuesday and Thursday morning to work on legs, core and arms, because I do believe you can’t just train one area of your body and neglect the rest.

Diet: I’m a bit on the petite side and thus have been trying to eat healthy, fattier foods to avoid too much weight loss. Fish, avocados, etc. I would be lying if I didn’t admit the occasional slice of pizza finds its way onto my plate every now and again. 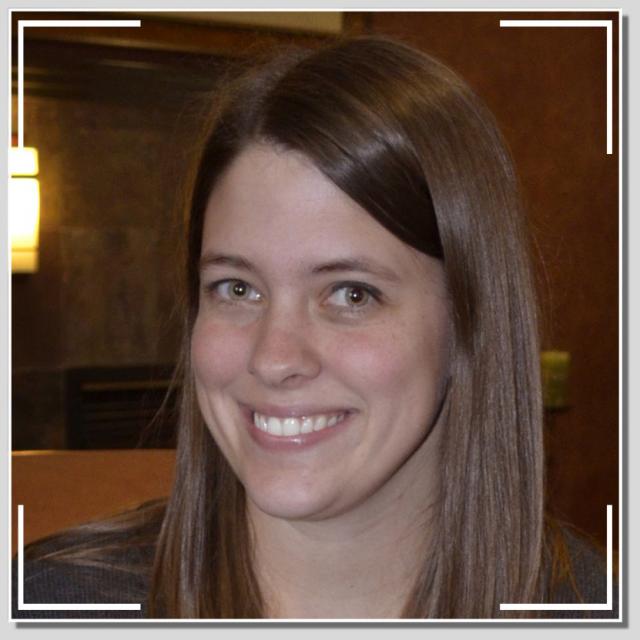 I’ve got the shortest distance to run out of all of these folks, which makes me feel like a slacker, but hey, something is better than nothing, right? I like to have a routine, but I have a really hard time doing the exact same thing every day, so I switch it up as much as I can. My goal is to be active 5-6 days a week, whether it be a class at the gym, running, being involved in a soccer or volleyball league, or something else.

Lately I’ve tried to add in more cardio just to make sure I’m ready to go for the race in May. Last week was tricky because I was out of town Friday and Saturday, and let’s be honest, with the snow we got on Sunday no one wanted to leave their house (excuses, I know—I’m working on it)! I did still manage to get 4 days of activity in though (5 if you count the amount of walking involved in a serious shopping trip). Monday and Wednesday I did a strength training class along with a 3 mile run on Tuesday and a soccer game on Thursday.

Ideally I would like to get 3 runs in a week these next few weeks before the big day—wish me luck! I need to make sure I can keep up with Rachel!

I’ve run different races at the Fargo Marathon in the past, the 5K and the 10K. This year is my first at a marathon relay. My leg is 6.75 miles, which isn’t much different than a 10K so I’m ok with that. But I’ve been feeling a little behind as far as training goes. A knee injury slowed me down for the better part of February and March.  During that time I’ve been working with a trainer on overall strength but running no more than a mile and a half during the 50-minute training sessions. Those have been about three days a week.

This week I’m starting to ramp up the running, but it’s a little tougher with snow still on the ground and more on the way. So stuck inside, I hit the treadmill Monday and was surprised to be able to run 4 miles in a little under 40 minutes. I picked up the speed during the last mile so I think I could’ve gone further had I kept the same pace. This has me pretty confident I’ll be able to do the 6+ miles of my leg. Now it’s just working up to a couple more miles and maybe picking up the pace a little.

I’m thinking that even though I haven’t run much this winter, the training sessions have helped. I’ve dropped a few pounds and gotten stronger, which I’m sure has helped and will help as the running increases over the next few weeks.

Diet & Supplements: I’ve been trying to watch my diet more during this time. I’m incorporating more vegetables and doing some juicing.  My supplements haven’t changed during the running. I go with my usual Vitamin D, Men’s Multi, and an Omega-3 each day.