Blog / Remembering Jack LaLanne—My Meeting with ‘The Godfather of Fitness’

Have you ever met your childhood hero, the person you aspired to be—the movie star, the athlete, the astronaut? When I met Jack LaLanne in the spring of 2010 I have to say it was truly the thrill of a lifetime. Jack was the biggest hero I had as a child and he had a profound influence on my life.

Jack passed away last weekend at the age of 96. This came as somewhat of a surprise to me because when I visited him at his home last year he appeared as upbeat and healthy as ever.

Jack LaLanne’s name is synonymous with exercise in America. For over 30 years he was the face of fitness on television, broadcasting daily with his unique brand of home exercises, motivational messages and inspirational good cheer. I raced to the television every day to exercise with Jack and listen to his advice. My mom and my brother watched, too. (Dad was working.)

When he was just a teenager himself, Jack’s life was transformed by the teachings of Paul Bragg, the same man who had immense influence in my father’s life and introduced my family to the foundations of natural wellness. We were kindred spirits, Jack and I, and I wanted nothing more than to achieve the level of health, fitness and happiness Jack displayed every day on that old black-and-white Philco.

Jack’s wife, Elaine, is equally amazing. At 84 years old, she greeted my team and me with

the energy and radiance of someone at least 20 years younger. Elaine is fond of telling the story of her first meeting with Jack: she had a donut in one hand and a cigarette in the other. After many rebuffs, she finally succumbed to Jack’s advances (and health advice), and the couple married in 1959. As we followed her through a tour of their home and private museum of Jack’s career, I couldn’t help marvel at her—Elaine’s beauty, energy and obvious good health prove that the principles and practices Jack developed really do work.

Francisco while handcuffed or celebrating his 70th birthday by towing 70 boats and 70 people through Long Beach Harbor while swimming handcuffed and shackled. Amazing feats, for sure, but Jack’s true legacy lies in those old television shows. You can watch them online and even order your own copies at jacklalanne.com.

If you don’t know Jack from his famous television show or his amazing physical feats, chances are you recognize him from his infomercials, which run regularly on weekend and late-night TV, advertising the Jack LaLanne Power Juicer. Jack would only put his name behind something he truly believed in, and juicing was at the heart of his health and fitness program. In fact, we were handed a glass of homemade juice immediately upon arriving for our visit.

The Power Juicer wasn't Jack’s first product. He was the pioneer behind a wide variety of

consumer items from the weight machines and exercise equipment found in almost every gym to instant breakfast powders and numerous supplement formulas. Over the past year, in fact, I was honored to be working with Jack on a comprehensive liquid multi that would bear the name of the first supplement he introduced over 40 years ago. The Vita-Lane™ formula is nearly complete and will help carry on Jack’s legacy when we introduce it later this year.

Meeting Jack and working with him was the realization of a childhood dream and the highlight of my career in the natural products industry. He will truly be missed. Jack ended all of his television shows with words that I think are appropriate to echo today: “May the good Lord bless and keep you—especially you.” Especially you, Jack. Especially you. 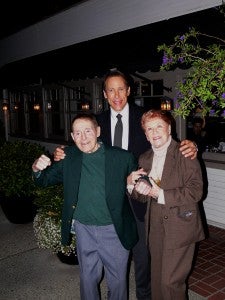