I’m on a quest to use more natural products whenever possible. My boyfriend and I are trying to cut out any toxins we can in our lives because there are so many we have no control over.

After having success with using jojoba oil, I decided to start testing other oils as well.

The only thing I had heard about castor oil before this was that it may help make your hair stronger and healthier. That, and people used to ingest it all the time to promote a myriad of health benefits.

The more I read about castor oil, the more wary I became about ingesting it.

I read that it's easy to take too much, which can have adverse effects on your body. I'd rather be safe than sorry, so I decided to skip that.

The oil may make your skin feel a little sticky until it fully absorbs, but it doesn’t leave an oily residue.

I love jojoba oil, but it takes a lot longer to absorb. Both oils have a pleasant smell that isn’t overwhelming, which is great.

I tested out NOW Foods Castor Oil and Swanson Premium Castor Oil, and I really liked them both.

The NOW one had a flip-top cap, like many of their other products. The Swanson one had a pressurized cap, which made it harder for the product to spill if the bottle tips over.

Here are the top five common uses for castor oil and my results with trying some of them out:

Tip: Castor oil features fatty acids, which may be nourishing to the skin. Some beauty products feature castor oil, but you also can get many benefits right from the source. A little bit goes a long way, so use less than you think you need. You may also add coconut oil for a smoother application.

My experience: This didn’t work for me as well as jojoba oil. My hands get very dry in the winter, and I had high hopes for this. The oil did help moisturize my skin at first, but I noticed my hands felt dry again an hour or two later.

Tip: Apply a few drops of castor oil onto your hands and massage onto the feet. This will take a few applications to see results.

My experience: This worked great for me right away! I rubbed some castor oil on my feet and then slipped on some fuzzy socks to wear around the house. My heels and feet definitely felt much softer after the first application. I tried it again the next day and had even better results. The more I did this, the softer my feet and heels were. This would be a great habit to get into before spring and summer!

Tip: Castor oil may also help repair and prevent split ends. Rub a few drops of the oil in your hands and run your fingers through the ends of your hair. It helps restore health to your hair and make it less brittle.

My experience: Castor oil has been helping my hair become stronger. I tried this on both wet and dry hair, and I think it works best on dry hair. I have thick hair and I shed a lot, but this has helped me shed less the more I use it. As with most of the tips, you’ll see better results the more you do it.

Tip: Applying castor oil to your lips may help moisturize them, but be careful not to ingest it. Rub a drop or two on your lips as needed.

My experience: This was a dud for me. My lips felt moisturized, soft and plump at first, but then they felt dry again less than an hour later. This tip may work for some people, but not for me.

Tip: Massage castor oil onto your cuticles and fingernails. It may take a few uses to start seeing results. You may also use it on your toes and toenails.

My experience: This worked pretty well. I’d say it worked about as well as jojoba oil, but again, it absorbed faster, which is an added bonus. Jojoba oil did work better when it came to moisturizing my hands, though. 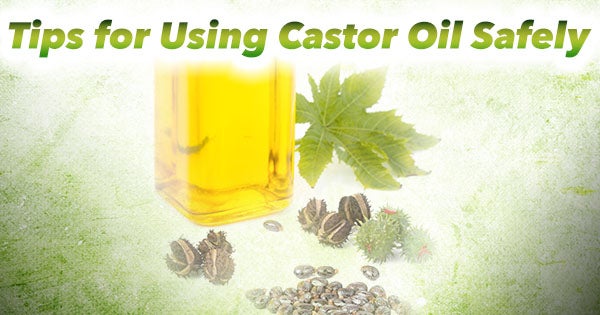 Have you tried castor oil before, or would you consider using it in place of other skincare products?